Feature: How To Support Someone Close To You Living With PTSD

By The Military MutualOctober 8, 2015Real People
No Comments 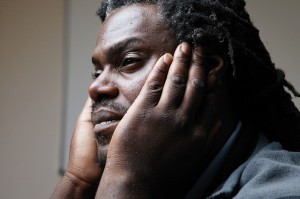 PTSD can be a particularly devastating mental health issue that can leave some sufferers reeling for years from the after effects of a traumatic experience.

It is widely acknowledged that those who serve in combat zones are likely to suffer from some form of mental stress.

Official statistics from the Ministry of Defence indicated up to 11,000 serving members of the Armed Forces have been diagnosed with mental conditions that include PTSD. Of the 2,550 military personnel diagnosed with mental health issues last year, 273 were reported to be suffering from PTSD.

According to PTSD UK, it is estimated up to 70% of those suffering with the condition in the UK receive no medical intervention at all.

If you suspect someone you know is suffering from the condition, it is critical they seek help and advice from a health care professional. There is still much to learn about the illness and technically, as yet there is no known ‘cure’.  There are however a number of treatments that can successfully eliminate the crippling symptoms which can have a profoundly positive effect on recovery. They fall under the umbrella of psychotherapy and medication.

PTSD is a mental condition that can be triggered by one traumatic event or a series of smaller traumas over a prolonged period of time. It can cause serious emotional and physical reactions that often severely impact both the sufferer and those closest to them. Although there has been much talk in recent years about PTSD in the military community, this is not an illness that is limited to those involved in a war zone. It can occur as a result of many types of traumatic experiences in life, from the death of a loved one, a car accident, an abusive relationship, sexual assault or experiencing a natural disaster of some kind.

Symptoms of PTSD include… 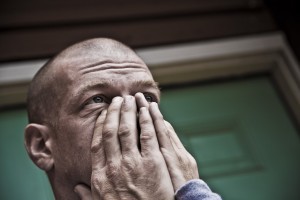 Those suffering from PTSD can alter personality dramatically as a result of their illness. These changes can be difficult to live with. Sudden bursts of unexplained anger, irritability, or complete detachment can be hurtful and difficult to understand. It’s important to remember that it’s all part and parcel of the condition. Encouraging them to seek medical advice immediately is your number one task. Once this has been achieved, there are other things you can do to help them on their road to recovery:

If you would like more information relating to PTSD and how to find help, some useful links are below…