The director of the award-winning ex-forces car wash company talks to us about his forces background and what influence it has had in setting up his business and why the skills ex-service personnel are so valuable to employees. 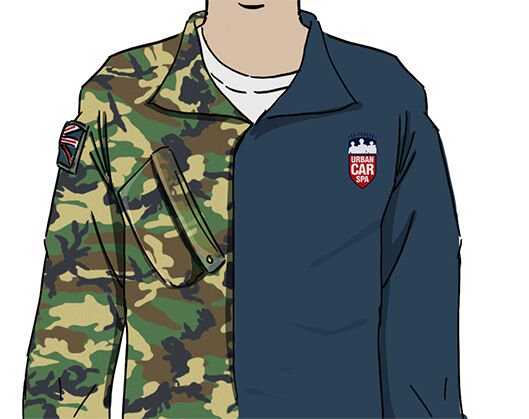 TMM: Hey Jonny, tell us about your career in the armed forces.

J: I went to Sandhurst in 1997, and I served for ten years in the Household Cavalry and in that time the roles I did was adjutant and squadron leader. I also went to Iraq. I combined a bit of ceremonial duty along with the green fighting element as well so I had a good broad spectrum of army life. I left in 2007 and I then went and worked in London for a bit – although eventually I got pretty fed up with that! After about seven years of that, I set up my company in 2014.

TMM: How would you describe your experience in the military, would you say it was an enjoyable part of your life, do you value it when you look back?

J: I thoroughly enjoyed it, I did ten years and it was excellent.

TMM: And now you run your business, Urban Car Spa…how did that come to be?

J: When I was in property management I came across a lot of badly run car washes that we were managing – they were typically operating in the grey areas of legality. So I looked at them – they were clearly lucrative – and if you can take a lucrative business and professionalise it to make it more lucrative, clearly it’s got to be a model for success. At the same time (this was in 2012), there were a lot of soldiers coming back from Iraq and Afghanistan who were injured, whether mentally or physically, and they were leading the army and had nowhere to go. So I thought if we could combine the lucrative business with a source of manpower which is there – which is the veterans – then hopefully the two will match together and form a good business. So in 2014 I went out and I did some crowdfunding; I pitched to a Dragons Den-type scenario and I came up with some financial backers. In June that year, I got the money in and set up the business

TMM: I understand that now that you’ve got a couple of branches over the country?

J: So we started of with one – we’ve now got four. There’s one in Manchester, one in Leicester and one in Camberley and one in Cardiff, and over the next few years we’re looking to expand the numbers and hopefully, we’ll get up to 20 or 30 in the next three or four years.

TMM: How has the being in the military prepared you, skills, ethos, or otherwise for setting up your own business and doing what you do now?

J: There’s a whole load of things that crossover. You’ve got operating in an ethical fashion, so you’re treating people how you would like to be treated – I think that is very important. There’s a lot of analytical skills that the army teaches you which are crucial too. Skills which you learn outside the military are important also – for instance, commercialisation and financial skills. But certainly, the army sets you up in very good stead to go out and set up your own business.

TMM: You employ ex-service personnel – their skills such as teamwork and working with other people must be valuable too?

J: Yes they are valuable. They are a core part of what we do; the fact that is we can get veterans in who have great attention to detail, and who have the ability to talk and converse with people. It all translates into good customer service; for instance, everyone who comes in gets called sir and madam and they’re polite and well turned out for them – these are all things that translate into the commercial world particularly in customer service.

TMM: Do the veterans you take on work in all aspects of the business?

J: Yes, the idea is that we promote from within so you can join as a car washer and then you can move on up and take over a role as a resource manager, for example.

TMM: What words of advice would you give to the ‘Jonny, who has just left the army’ based on what you’ve learned and what you know today.

J: I think: to believe in the skills that you have as an individual and as a veteran, sometimes people in the commercial world wouldn’t recognise your skill or your skill base and I think it is important that you as a person do. You should be able to hold on to the confidence that you can compete with someone who’s been there for the ten years you’ve spent in the army. They may have ten years experience in the commercial world, but actually the skills you have to outstrip theirs by far. I think it’s holding that confidence which is critical.

TMM: Do you have any words of advice for veterans who might be looking to set up their own business?

Thank you, Jonny, for speaking to us today. We are greatly appreciative of your time and wish you all the best for your business.

You can find out more about Urban Car Spa here: https://urbancarspa.co.uk/