Feature: 10 Facts You May Not Know About The Army Reserve

By The Military MutualJune 16, 2015Military
No Comments

It’s the largest of the Reserve Forces, which also include the Royal Naval Reserve, Royal Marines Reserve and the Royal Air Force Volunteer Reserve.

Recruits are offered the option of a part-time military career in the Reserves that can run alongside their civilian lifestyle. Alternatively, for those who are ex-military, the role of Regular Reservist is available.

By the way, you can be a member of The Military Mutual whichever Reserve you are in, or if you were in the Reserves at any time.  And if you have a family member in the Reserves, all their immediate family can be members.  That’s what we mean by the Military Family, the people we aim to help and support with our financial products.

Here are 10 facts you may not know about the Reserves … 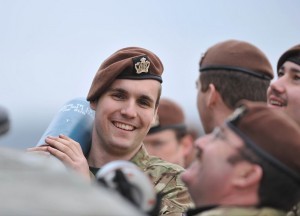 A brief history of the Reserves

The Current Role of the Army Reserve

The cut backs in defence have been harsh, but the intent is clear – to have a fully integrated professional Army Reserve working alongside regular troops at home and on operations abroad. By 2020, the Regular Army will consist of 82,500 Regular and approximately 30,000 Reservist troops.

As Winston Churchill once said ‘the Reservist is twice the citizen’.   For more information visit the official Army Reserve website.