By The Military MutualAugust 21, 2017Health
No Comments

If you pay a visit to Brook Gate, Park Lane, you’ll see the impressive Animals in War Memorial, erected to honour the role played by animals during conflicts such as World War One and Two. What’s slowly becoming recognised more widely is the role which one of those animals, dogs, can play in the rehabilitation of veterans learning to cope with life outside the Armed Forces. Problems like loneliness, depression and Post Traumatic Stress Disorder (PTSD) have traditionally either been overlooked, kept hidden or treated with traditional means such as therapy and medication. It’s increasingly being recognised, however, that the companionship of a dog can play a huge role in helping veterans to deal with and conquer their problems.

The charity Veterans with Dogs was created in 2012 to provide fully accredited assistance dogs to help mitigate the symptoms of mental health problems frequently experienced by veterans. The germ behind the charity came from the experience of Craig MacLellan, who found himself stricken with PTSD after a stint serving in Northern Ireland with the army. Despite Cognitive Behavioural Therapy sessions and medication, Craig found that the thing which gave him the most comfort was the company of his chocolate Labrador, Fudge. When Craig took Fudge along to group therapy sessions – ironically, with the intention of weaning himself off his canine ‘comfort blanket’ – he discovered that other veterans found it easier to open up and talk about their feelings and experiences while they were stroking or simply sitting next to Fudge. 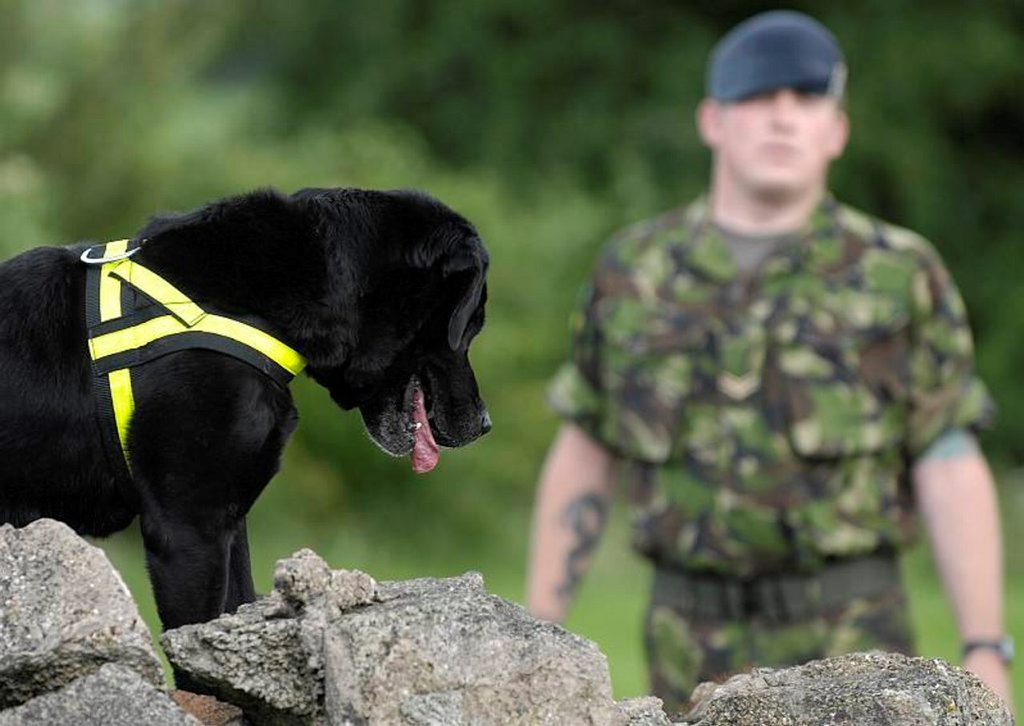 The Role of an Assistance Dog

Knowing that countries such as America, Canada, Australia and Holland already had a track record of using assistance dogs in this manner, Craig worked with Combat Stress to set up Veterans with Dogs. Speaking in a 2015 interview, Craig spelt out just how much an assistance dog can do for a veteran. Most people just discovering the concept will probably be surprised to discover just how vital the assistance dogs become, offering much more than company and a comforting presence, important those these things are. As outlined by Craig, an assistant dog can do things such as:

The role which assistance dogs can play in dealing with PTSD is particularly important. Dogs will often spot the onset of a panic attack or rising anxiety before another person would be able to and act to interrupt the process. Doing this on a regular basis means breaking the thought patterns which become established when coping with PTSD and slowly bringing the condition under control.

Although Veterans with Dogs was the first the first UK charity of its kind, it is by no means the only one.
Service Dogs UK is currently based in Hampshire, Sussex and Surrey and is planning to expand to offer assistance dogs on a national basis in the next five years. They provide assistance dogs to veterans and members of the emergency services and the dogs they use are all rescue dogs, meaning that the service provides loving homes for otherwise unwanted dogs at the same time as transforming the lives of veterans.

Why does it work?

On a very basic level, having an animal to care for, and receiving that sense of care in return, can help veterans to re-discover a sense of purpose which may have been lost upon the onset of PTSD. The type of routine and structure which caring for a dog involves can also help veterans who may have begun to neglect themselves, but wouldn’t dream of neglecting their dog.
The science to back up the easily observable results is provided by a study carried out at the Department of Defence in Bethesda, Maryland. This found that so called ‘therapy dogs’ helped veterans with PTSD to: